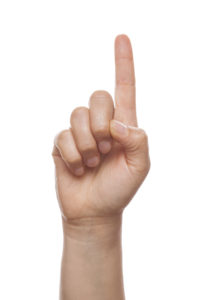 [The Language Lab makes it easy for you to put research to work for you and your mission. Each installment gives you research-backed intel on one specific way you can work happier, smarter, and more effectively. To stay in the know, sign up to get Language Lab missives delivered directly to your inbox.]

In the last Language Lab, we talked about how oxytocin and dopamine generate generosity. I said there was more to say about oxytocin and storytelling. Here’s the more.

Why One Works
You’ve likely heard the saying: “One death is a tragedy; a million deaths is a statistic.” (Who said this first is up for debate, by the way.) These are words to live by if you’re looking to get people jazzed about your world-changing work.

But why? The arithmetic of compassion. That’s why.

Which visual was stronger? Likely the one of the one puppy. Your brain could fill in all the adorable details–her brown eyes, her black, twitching nose, her cinnamon colored, white speckled ears. Oooooooohhhh. Adorbs!

What about the image of the 1000 puppies? Still cute. Cuz they’re puppies. But fuzzy. Lacking details. Just a mass of puppiness.

Countdown to Fall Quarter at Claxon University has begun: only 88 days left. Unleash your awesome this fall! (These fine folks did. You can, too.)

Do you communicate as effectively as you think?

Take the quiz to find out!
X

Do you communicate as effectively as you think?

Take the quiz to find out!
X